The Theory of Nothing?

May 26, 2013
There has been quite a buzz this week about a man called Weinstein. 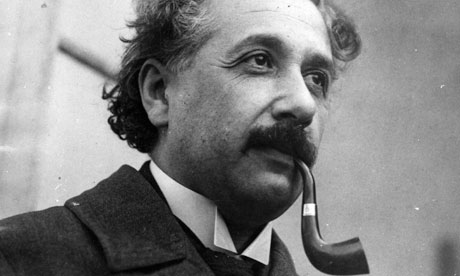 No! Not Einstein! Weinstein! 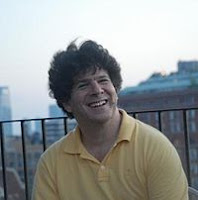 But with a name that sounds a bit like Einstein, he must be smart!

So, what's the buzz? It all started with an article in The Guardian - well, I say article, but the correct name is puff piece. It's a strange read, but is authored by well known mathematician, Marcus du Sautoy. I have a lot of respect for du Sautoy, firstly as he is the Simonyi Professor for the Public Understanding of Science, and for several of the TV shows he has presented, including the wonderful The Story of Maths. But this article left me scratching my head.

The title is rather provocative;


Eric Weinstein may have found the answer to physics' biggest problems

Big call! Especially when you realise that Weinstein is not a physicist. He has a PhD in mathematics and has worked as an economist. du Sautoy weaves an interesting tale about the current state of modern physics, and mysteries we have to face, such as what the heck is dark matter, and why quantum mechanics and general relativity will play together nicely.

du Sautoy description of the work contains the words you would expect to see in a solution, the concept of symmetry, and how it is broken in our low energy universe. If this is correct, then it is potentially Nobel prize territory.

But hang on! While Weinstein is clearly smart, and du Sautoy is no fool, how do we know that Weinstein's ideas are any different from the large population of "Theory of Everything" lay-researchers out there. They are not hard to find, just try google.

There is a way to find out if this is science, and it's the equivalent of "Show Me The Money". Not a piece in the Guardian, but a scientific paper, or at least a talk to your peers, so they can start to assess the success, or, more importantly, the failure of your new Theory of Everything.

And apparently this is happening with Weinstein's new theory, with him presenting a talk at Oxford University. Surely the physicists will have a chance to really get to the nuts and bolts of this secret to the running of the universe.

Such talks are dangerous, as a bright audience can slay your ideas in the space of an hour; there is a story about a famous physicist who thought they has the theory of everything back in the 60s or 70s (and for the life of me, I cannot remember who) who gave such a lecture, and the description of the lecture is that it was like watching the dying of a noble beast - it was clear this was no theory of everything.

So, what happened in Oxford? Did Weinstein's theory survive, or was it put to the sword?

Funnily, we don't really know, as while the lecture was held in the Physics Department, the particle physicists were not in attendance (as they weren't invited and were at a different lecture). This is really a little bizzarre - while I wasn't there myself and don't know the make up of the audience - it is very strange to make your splash without the particle physicists in the room.

Now, don't get me wrong. This is not meant to be a critique of Weinstein's work - basically, like most other people, I don't know what it consists of, and I probably don't have the right background to understand it fully - and he might be right, he may have solved the problems of modern physics, but is this the right way to about it, with a splash in the newspaper and a lecture without appropriate peers?

As noted by Cocktail Party Physics, this is not a good way of doing science, and getting a lot of press  who-ha before results and ideas are verified is not a good idea; we all remember the balls-up which was the Neutrinos travel after than light malarkey!

So, I wait with baited breath for the paper to appear on arxiv. Once the community get their teeth into it, we'll soon know if the Theory of Everything has been found and we will be entering a golden age of modern physics, or if it is another of a long line of damp squibs and failures. Hopefully we'll know very soon.