May 26, 2017
Everyone loves black holes. Immense gravity, a one-way space-time membrane, the possibility of links to other universes. All lovely stuff.

A little trawl of the internets reveals an awful lot of web pages discussing black holes, and discussions about spaghettification, firewalls, lost information, and many other things. Actually, a lot of the stuff out there on the web is nonsense, hand-waving, partly informed guesswork. And one of the questions that gets asked is "What would you see looking out into the universe?"

Some (incorrectly) say that you would never cross the event horizon, a significant mis-understanding of the coordinates of relativity. Other (incorrectly) conclude from this that you actually see the entire future history of the universe play out in front of your eyes.

What we have to remember, of course, is that relativity is a mathematical theory, and instead of hand waving, we can use mathematics to work out what we will see. And that's what I did.

I won't go through the details here, but it is based upon correctly calculating redshifts in relativity and conservation laws embodied in Killing vectors. But the result is an equation, an equation that looks like this

One can throw this lovely equation into python and plot it up. What do you get. 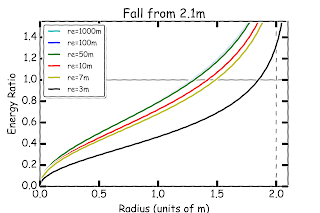 And falling from 3m 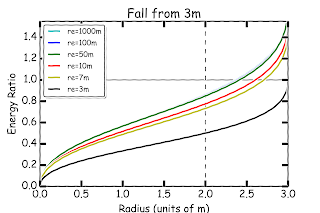 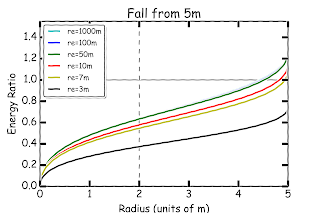 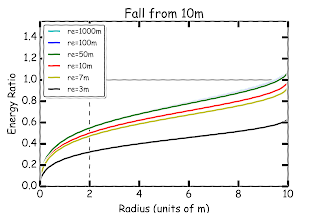 and finally at 50m 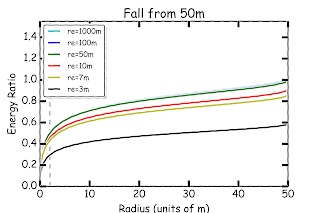 In each of these, each line is a photon starting from different differences.

The key conclusion is that within the event horizon (r=2m) photons are generally seen to be redshifted, irrespective of where you start falling from. In fact in the last moment before you meet your ultimate end in the central singularity, the energy of the observed photon goes to zero and the outside universe is infinitely reshifted and vanishes from view.