May 11, 2013
Just a little bit of Bad Physics, this time from the L. A. Times. The story was "Mysterious hydrogen clouds detected in space, puzzling scientists", a nice story. 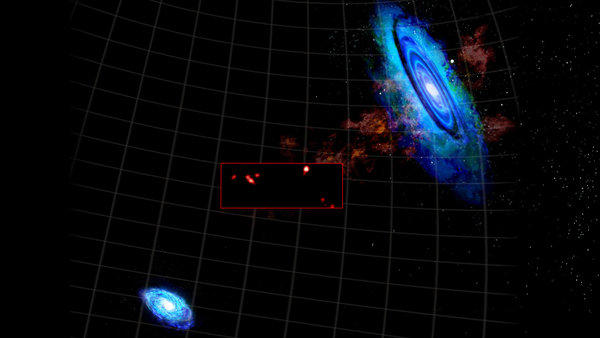 
"The clouds don't emit light or energy, but the neutral atomic hydrogen that they are made of gives off a distinct radio signal that astronomers were able to pick up using the National Science Foundation's Green Bank Telescope which measures radio waves."

Apparently, these clouds do not emit light or energy, but they do emit radio waves that we can detect with out telescopes. Aghhh!!

I know that you already know this, but radio waves are one form of electromagnetic radiation, and (in terms of quantum mechanics) are packets of energy called photons. The energy of a photon is given by

where λ is the wavelength of the radiation.