March 18, 2014
I'm not going to join the chatter on the BICEP2 result as there's already a lot of commentary out there (although ABC News 24 seem to have missed it, so no chance to mess it up :)

So, a tiny post today. Here's a picture from the BBC story. 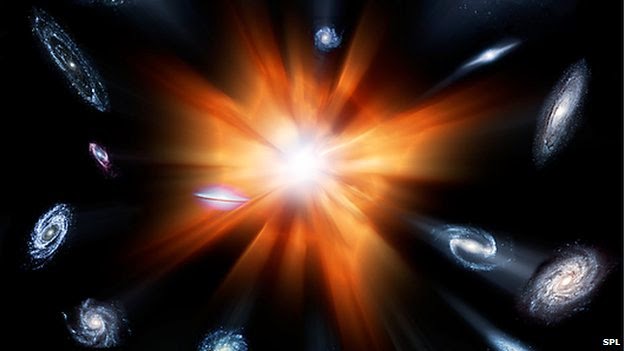 This is supposed to be the Big Bang, with galaxies rushing from a  central explosion.

I've written about this before, but this is not what the Big Bang was. It was not an explosion in preexisting space.

It was not an explosion.

I know I bang on about this, but hearing the media stumbling over this, unable to understand the meaning of things like BICEP2 because they don't get the basics of the Big Bang, gets a little depressing.
Big Bang Cosmology Media
Location: Sydney NSW, Australia