February 20, 2012
Back in Oz after a week in the US at the University of California at Santa Barbara (UCSB). I was at a conference called First Galaxies and Faint Dwarfs at the Kavli Institute of Theoretical Physics.

The week started with us being told that this was going to be the best conference we would ever attend, and I must agree that it was. Instead of the usual barrage of 15min talks, we had 40mins of review talks, with discussion sessions, and it was great.

What was the point of the meeting? Well, that was summarized by the opening slide by Leon Koopmans; 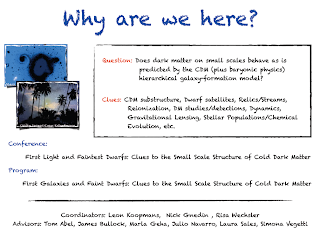 Essentially, the goal was to bring together two communities, those that study the high redshift universe and the first forming galaxies, and those that look at the tiny dwarf galaxies in our local universe. Why? Because understanding galaxy formation and the links between the nearby and faraway will reveal the inner workings of the universe, especially the nature of dark matter.

I'm not going to go through the conference in detail (as I have to get to work), so here's few slides. All the talks are public, and there are podcasts so you can hear the discussions, and I recommend that you take a looksie. 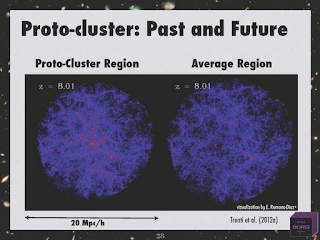 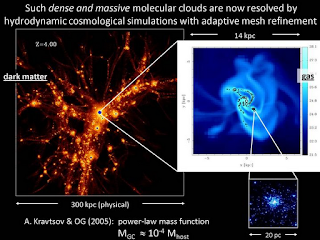 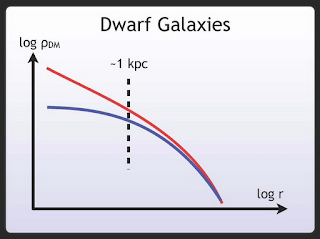 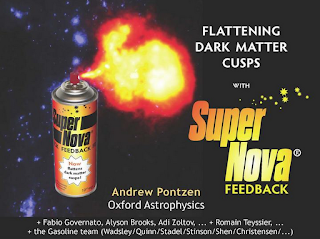 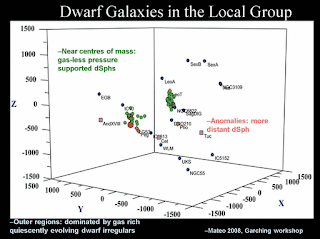 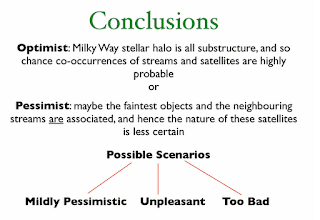 Notice what there is not. There is not wailing and gnashing of teeth with screams of "oh what is dark matter, we don't know what it is, oh this is a disaster, ohhhh, woe is me". No. That is not where we are in the subject. The point is that we know dark matter (or, with a much lower prior, modified gravity) is out there, and we want to know what the consequences are.

So, what are the big questions. Well, they may seem quite technical, but  it is where the front lines of cosmological science currently are. 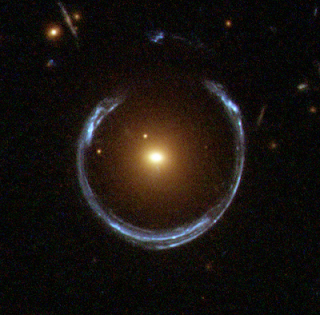 There are more, of course, but these are the key questions. At the meeting we had the usually argy-bargy about theorists and observers not believing or trusting each other, but it's all part of the fun.

On a closing note, I've now visited three Kavli Institutes around the world, the one in Santa Barbara, one in Bejing and another in Cambridge. These are wonderful research environments, with great programs bringing people together. But similar to the Perimeter Institute in Canada, and the Keck Telescope, these are funded by private endowments, rather than being solely funded by government.  Any Australian philanthropists out there, it would be nice to have a similar institute here :)
Big Bang Cosmology Dark Energy Dark Matter
Location: Sydney NSW, Australia