Peer Review: The Fallacy of Fine-Tuning

September 12, 2011
A quick post today, as I am running behind on a couple of things, but I have had a book review published in The Conversation. The book is The Fallacy of Fine-Tuning: Why the Universe Is Not Designed for Us by Victor Stenger, and is on a topic I have thought a lot about over the year, but never published on, namely "why are we here, in this Universe"?

For those of a religious inclination, the answer is apparently obvious, the Universe was fine tuned to be habitable. For those grounded in a more scientific approach to understanding the Universe, the answer is not so clear and straight forward. If we start to play around with the fundamental physical parameters, such as the strength of forces etc, it appears we end up with mainly dead Universes.

Heck, even messing with the content of the universe, in terms of the amount of matter, ends up with universes that collapse too quickly, or expand so fast that stars (and hence people) cannot form. 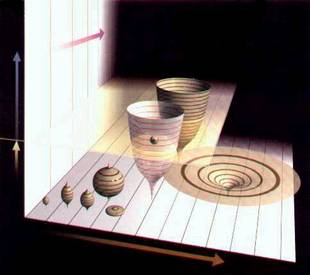 I think it is safe to say that most astronomers (and physicists) don't really think about this stuff too deeply, and there aren't a lot of papers out there on the topic. Why? Well, I think in the first case there is the "fringe" feeling to the entire Anthropic Principle, especially some of the comments about it in the book by Barrow and Tipler

But I am not particularly satisfied by it all, although this book does demonstrate that some of the claims of fine tuning are not as fine-tuned as originally thought. In fact, the author has a little web interface called MonkeyGod which allows you to make your own universe and see if you will get stars and heavy elements (the ingredients of life).

In summary, this is something we should probably give some serious thought to, and this book is not a bad place to start.