Long way to the chemist’s: a rough guide to distances in the universe

My article, Long way to the chemist’s: a rough guide to distances in the universe, was published in The Conversation (in fact, it's lead article :). Following on from my article on stars, I was asked to think about distances in the Universe.

My guiding idea is the marvelous quote by Douglas Adams from The Hitchhiker's Guide to the Galaxy;


"Space is big. You just won't believe how vastly, hugely, mind- bogglingly big it is. I mean, you may think it's a long way down the road to the chemist's, but that's just peanuts to space."

I've spend quite a bit of time thinking about scale in the Universe, and remember animated discussions as a young PhD student with a good colleague on the question of "If the Milky Way was a 1p coin, how far away would the edge of the [Observable] Universe be?", and the distance (of order a couple of km) always struck me as being exceedingly close!

Also, in these articles, while you can convey the relative distances, it's hard to really demonstrate the underlying structure to the Universe. Things aren't thrown about randomly, but stars, of course, live in galaxies, and most galaxies live in groups. As an example, here's the Hickson Group Remember, those are pretty large galaxies in there, with many hundreds of billions of stars. The Milky Way is no different, sharing this bit of the Universe with Andromeda and more than 70 dwarf galaxies. Here's a schematic of the Local Group 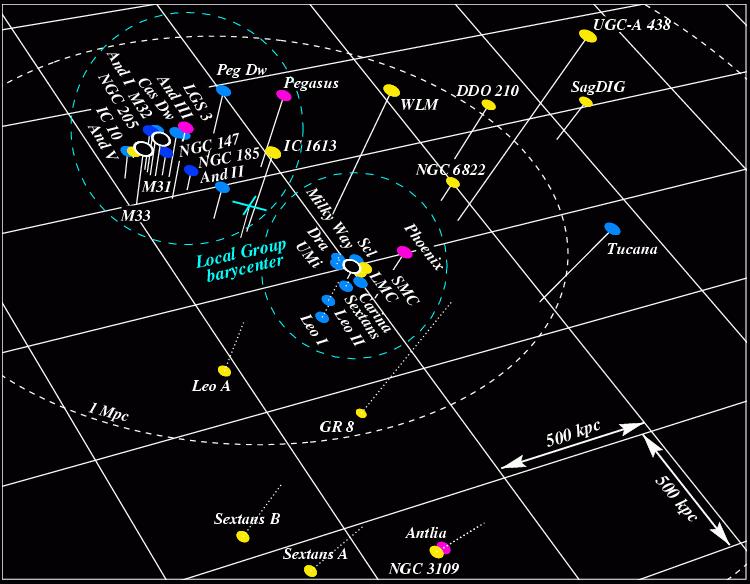 You can see that the Milky Way and Andromeda are the centres of attention, surrounded with a little bunch of dwarf galaxies, with a few more scattered throughout the Local Group.

As we move up in scale, then we get bigger agglomerations of galaxies, into spectacular clusters. This is Abell 1869

The orange blobs are galaxies. Unlike the Milky Way, which is a spiral, these are generally elliptical, and it is thought they get this way through repeated collisions. If they started off as spirals, all of that structure is lost and we are left with a blob of stars.

Of course, this is the future of our Milky Way, as in roughly three billion years it will collide with Andromeda. John Dubinski of Toronto shows us what will happen


These groups and clusters are not randomly scatter through space, but sit together embedded in a cosmic web. One of the great Australian astronomical successes is the 2dF Galaxy Redshift Survey which charter the positions of almost a quarter of a million galaxies using the 2dF spectrograph on the Anglo-Australian Telescope and produced a map of the (relatively nearby) structure of the Universe.

What did they find? Here's on of their maps (and look at the distance scale)

And the cosmic web is revealed. Isn't it wonderful!

But science is more than just making pretty pictures. What do our theories predict? I don't have time to describe the various steps involved, but here's a patch of a simulated universe taken from Shaun Coles' (of Durham University) website

I am always amazed by how good the match is. On large scale, our ideas of the cosmos seem of work fine. Where they start to wobble is on the smallest scale. But more about that in another post.

With regards to my The Conversation article, I spent quite a bit of time ensuring the scales are correct, which can be tricky to do when you juggle metres, with light years and giga-parsecs, but, of course, that's what it's all about.

Not everyone is concerned with accuracy. Case in point, the new background for Mac os X is a lovely picture of a galaxy I will be observing again, namely the Andromeda Galaxy. Here's Mac's picture: 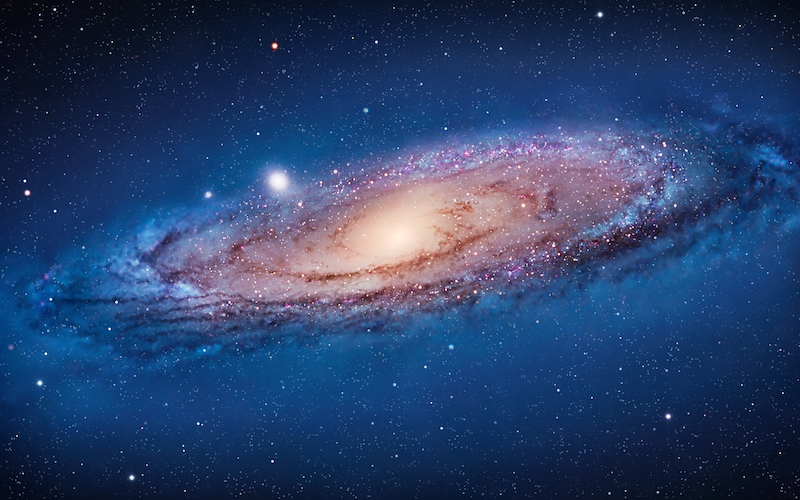 Quite lovely. Until you compare to a "real" picture of Andromeda, such as this 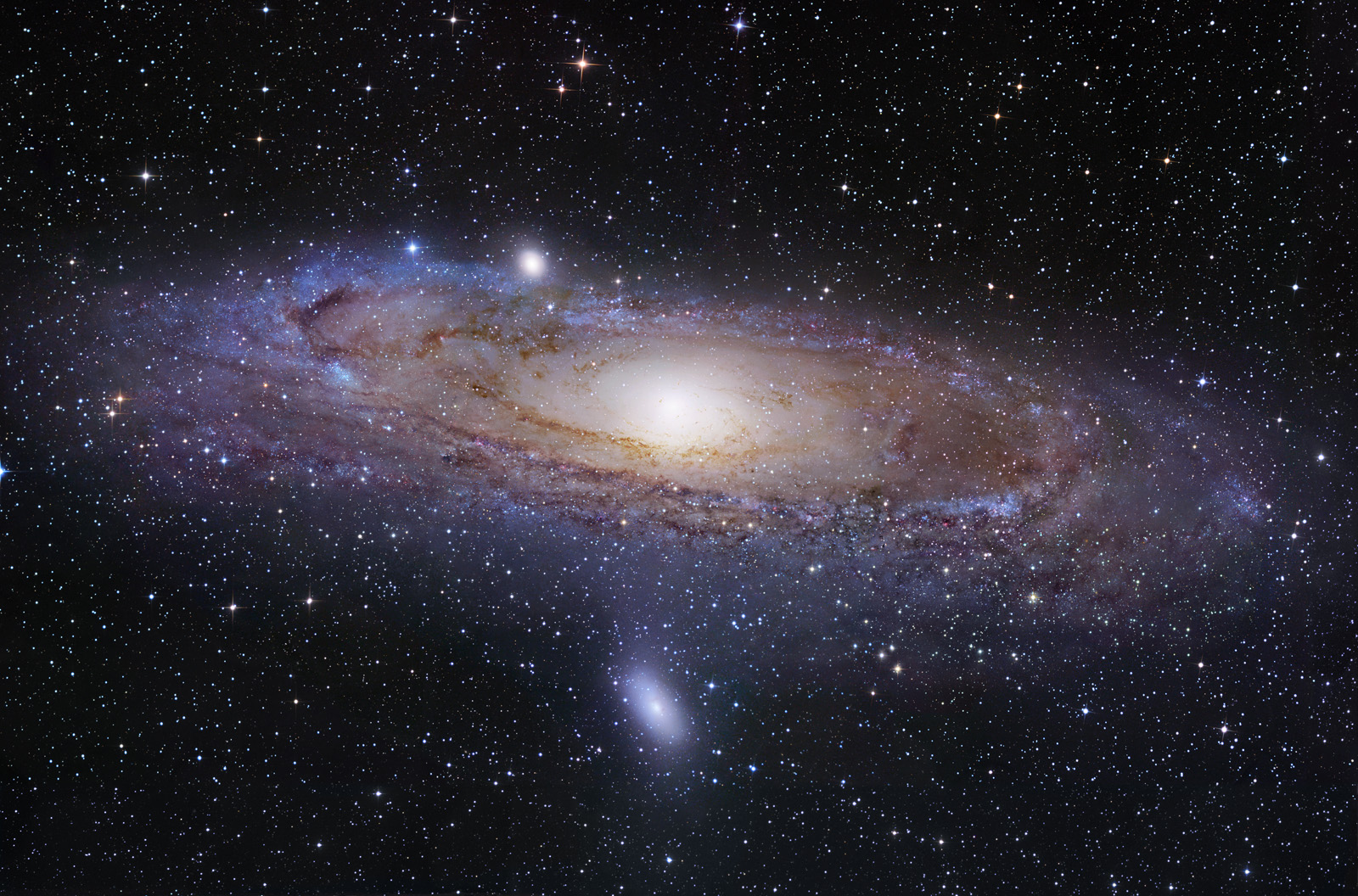 by Rob Glender and we see that Mac have excised one of the lovely dwarfs orbiting Andromeda, namely NGC 205 (also known as M110). Maybe they thought that users might think it's a smudge on the screen, or maybe it just isn't pretty enough, but not everyone seems to be that interested in accuracy.