The outer halo globular cluster system of M31 - I. The final PAndAS catalogue

May 10, 2014
Back from an exhausting week in Canberra allocating grants for the Australian Research Council. Handing out a few tens of millions of dollars really takes it our of you. The sad part is not the excellent projects we funded, but the many excellent projects we could not as we ran out of cash. Anyway, the meetings are confidential, so I can't discuss them here.

But time to catch up on some of my own science. There is something super exciting coming, so here I'll focus on a merely excellent piece of work by globular cluster finder extraordinaire,  Avon Huxor (excuse his ever so happy face!).

I've written many times about the Pan-Andromeda Archaeological Survey, our superb survey of our nearest neighbour, the Andromeda Galaxy. As well as identifying lots of substructure, the shredded remains of small galaxies, we also see lots of globular clusters, balls of roughly a million stars living together. The Milky Way has about a hundred of these orbiting in the halo. Andromeda has even more.

We've already found a lot of really interesting things about this population of globulars in Andromeda, finding them out to extreme distances, finding them associated with substructure (which means many are immigrants which were born outside) and other excellent things. now it's time to give the data over to the public so they can start to use it. Hence this new paper which present the catalogue of the results.

Some think that science is all about whizz-bang results that "rewrite the textbooks", but science is much more than that. It's all about sharing knowledge, and through sharing it enabling more science to be done. In some areas, typically areas where you can make money (I'm looking at you pharmaceutical companies) data is protected and hidden, but in astronomy there is (generally) a good history of data sharing. We will, in the not too distant future, make our entire PAndAS data-set public. You two can use it if you want to :)

Avon's paper presents the new globular clusters we find. Here's what they look like: 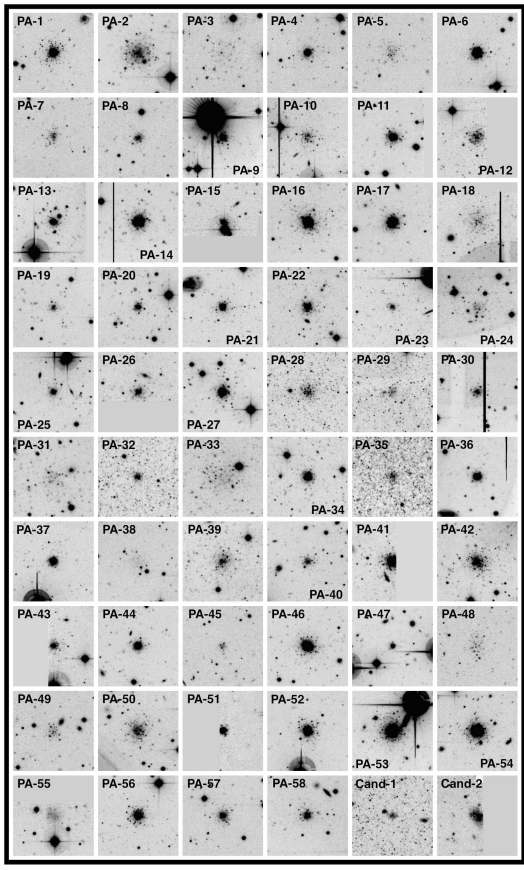 Cool eh! Importantly, a paper like this tells you a lot more than "these are what we found". It also presents the methods we used to find globular clusters, and how reliable our detections are. This means presenting the mis-detections, the things you initially thought were globulars and then, with more looking, realised they aren't. 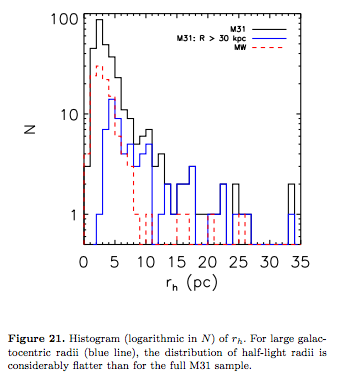 And we find that they are kinda similar, but also not really. Andromeda has more, and they are more widely distributed, and several other things. The Milky Way and Andromeda are very similar, and so why their globular cluster populations differ is a bit of a mystery, is it due to the way they grew, or their current predicament, which is great because it means there's more work to do (keeping food on the table and a speedboat in the harbour [joking about the food!!])! Excellent!


The outer halo globular cluster system of M31 - I. The final PAndAS catalogue

We report the discovery of 59 globular clusters (GCs) and two candidate GCs in a search of the halo of M31, primarily via visual inspection of CHFT/MegaCam imagery from the Pan-Andromeda Archaeological Survey (PAndAS). The superior quality of these data also allow us to check the classification of remote objects in the Revised Bologna Catalogue (RBC), plus a subset of GC candidates drawn from SDSS imaging. We identify three additional new GCs from the RBC, and confirm the GC nature of 11 SDSS objects (8 of which appear independently in our remote halo catalogue); the remaining 188 candidates across both lists are either foreground stars or background galaxies. Our new catalogue represents the first uniform census of GCs across the M31 halo - we find clusters to the limit of the PAndAS survey area at projected radii of up to R_proj ~ 150 kpc. Tests using artificial clusters reveal that detection incompleteness cuts in at luminosities below M_V = -6.0; our 50% completeness limit is M_V ~ -4.1. We construct a uniform set of PAndAS photometric measurements for all known GCs outside R_proj = 25$ kpc, and any new GCs within this radius. With these data we update results from Huxor et al. (2011), investigating the luminosity function (LF), colours and effective radii of M31 GCs with a particular focus on the remote halo. We find that the GCLF is clearly bimodal in the outer halo (R_proj > 30 kpc), with the secondary peak at M_V ~ -5.5. We argue that the GCs in this peak have most likely been accreted along with their host dwarf galaxies. Notwithstanding, we also find, as in previous surveys, a substantial number of GCs with above-average luminosity in the outer M31 halo - a population with no clear counterpart in the Milky Way.