The Constant Nature of the Speed of light in a vacuum

January 25, 2015
Wow! It has been a while, but I do have an excuse! I have been finishing up a book on the fine-tuning of the Universe and hopefully it will be published (and will become a really big best seller?? :) in 2015. But time to rebirth the blog, and what a better way to start that a gripe.

There's been some chatter on the interweb about a recent story about the speed of light in a vacuum being slowed down. Here's one. Here's another. Some of these squeak loudly about how the speed of light may not be "a constant", implying that something has gone horribly wrong with the Universe. Unfortunately, some of my physicsy colleagues were equally shocked but the result.

Why would one be shocked? Well, the speed of light being constant to all observers is central of Einstein's Special Theory of Relativity. Surely if these results are right, and Einstein is wrong, then science is a mess, etc etc etc.

Except there is nothing mysterious about this result. Nothing strange. In fact it was completely expected. The question boils down to what you mean by speed. 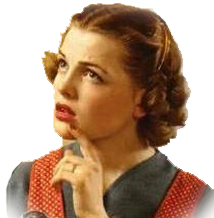 Now, you might be thinking that speed is simply related to the time it takes for a thing to travel from here to there. But we're dealing with light here, which, in classical physics is represented by oscillations in an electromagnetic field, while in our quantum picture it's oscillations in the wave function; the difference is not important.

When you first encounter electromagnetic radiation (i.e. light) you are often given a simple example of a single wave propagating in a vacuum. Every student of physics will have seen this picture at some point;

The electric (and magnetic) fields oscillate as a sin wave and the speed at which bumps in the wave move forward is the speed of light. This was one of the great successes of James Clark Maxwell, one of the greatest physicists who ever lived. In his work, he fully unified electricity and magnetism and showed that electromagnetic radiation, light, was the natural consequence.

One of the coolest things I ever learnt was Fourier series, or the notion that you can construct arbitrary wave shapes by adding together sins and cos waves. This still freaks me out a bit to this day, but instead of an electromagnetic wave being a simple sin or cos you can add waves to create a wave packet, basically a lump of light.

But when you add waves together, the result lump doesn't travel at the same speed as the waves that comprise the packet. The lump moves with what's known as the group velocity. Now, the group velocity and the phase velocity are, in general, different. In fact, they can be very different as it is possible to construct a packet that does not move at all, while all the waves making up the packet are moving at c!

So, this result was achieved by manipulating the waves to produce a packet whose group velocity was measurably smaller than a simple wave. That's it! Now, this is not meant to diminish the work of the experimenters, as this is not easy to set up and measure, but it means nothing for the speed of light, relativity etc etc. And the researchers know that!

And as I mentioned, understanding the difference between phase and group velocity has been known for a long time, with Hamilton (of Hamiltonian fame) in 1839, and Rayleigh in 1877. These initial studies were in waves in general, mainly sound waves, not necessarily light, but the mathematics are basically the same.

Before I go, once of the best course I took as an undergraduate was called vibrations and waves. At the time, I didn't really see the importance of of what I was learning, but the mathematics was cool. I still love thinking about it. Over the years, I've come to realise that waves are everywhere, all throughout physics, science, and, well everything. Want to model a flag, make a ball and spring model. Want to make a model of matter, ball and spring. And watch the vibrations!

Don't believe me? Watch this - waves are everywhere.