July 27, 2012
I've been at a meeting Galactic Archaeology for the week, and so have been busy at the Sydney Masonic Centre (note, however, being at a conference in your home city is not good, as you are only a few miles from "work"). Anyway, grumpy post. Major grump. 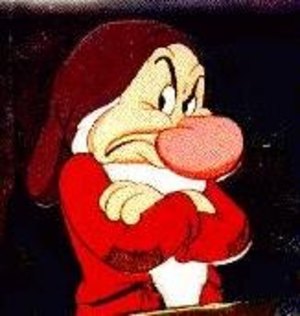 In the past, I've taken part in an event during National Science Week called "Speed Meet a Geek".

I think science week is a great idea, where scientists (who love to rabbit about their work) get an audience who really seems to enjoying it. I've loved doing it, chatting with children about cosmology, telescopes, being an astronomer, while on the table next to me was explaining the intricacies of quantum mechanics and the future of computers.

It is great stuff.

Except the name. I don't like "Speed meet a geek".

I know I have written about this before, but it has come to the fore as again, last week, I received an invite to take part in an event at Science Week. This was marketed to me as "Speed Meet a Scientist", and, of course, I am keen to take part. Until I looked at the public page for the event.

I wrote to the organizers (the ABC), and told them that I (again) found the term "geek" insulting and derogatory. I said that, in this time where we gripe about children not being interested in science, labeling scientists as "geeks" (or nerds), is not particularly beneficial.

Apparently every Olympian is a hero, while a scientist is a "geek". Sheesh. What kid would want to think about the mysteries of the universe (and be labelled a geek) when you could plod up and down a pool all day and be lauded as a hero? Anyway, my response was as expected. It's not an insult, it's a term of endearment!

It's always the name caller that sees no problem in the name.

The thing that pricked up my years was that out of the 120 scientists who have taken part in "Meet a Geek", only roughly five have complained about the word "geek". Apparently, it OK that "only" five people complained about being insulted when taking part in an event they have freely given up their time to take part in. Surely one complaint is enough?

Maybe I am being too sensitive, as some like to wear "geek-chic" on their sleeve. But I'd like to meet a scientist who likes to be called "geek" to their face.

The result. I am not taking part in "Speed Meet a Scientist/Geek" this year, and won't again until scientists are given a little more respect.

I will give my time freely, I will talk about the universe until I am hoarse, I will try to answer any question from a child or a centenarian with fairness and with reference to the evidence, I will go the extra-mile to show the wonder of science to everyone - at any time - and anywhere.

Just don't insult me, and call me a "geek", for doing so.